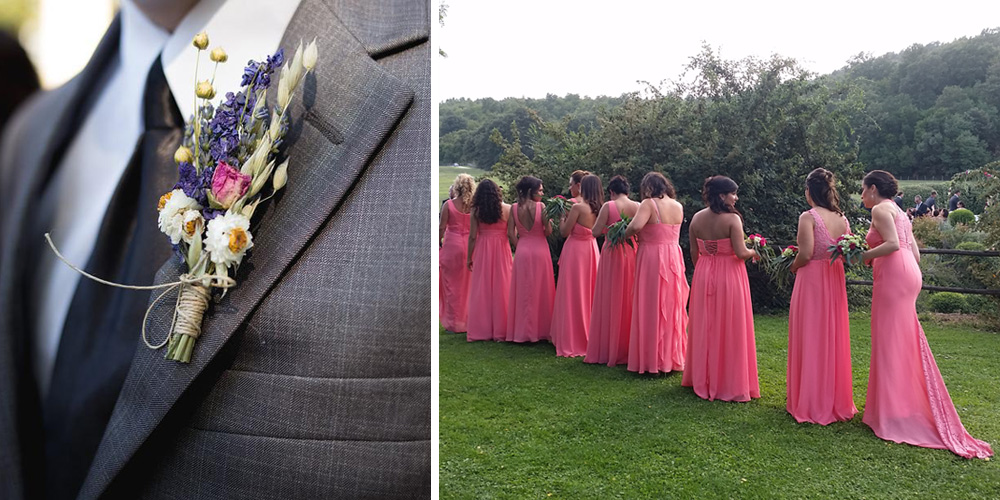 Wedding witnesses and bridesmaids: between tradition and modernity

Groomsmen and bridesmaids are key figures in marriage, with roots that go way back and have evolved over the centuries. Besides offering affection and emotional support to the couple, they perform essential, sometimes indispensable tasks. Indeed, the presence of witnesses is required by law, under penalty of nullity of the act. The role of bridesmaids, although only recently acquired in Italy, for many brides represents an endless source of advice and concrete support in every moment of the wedding. 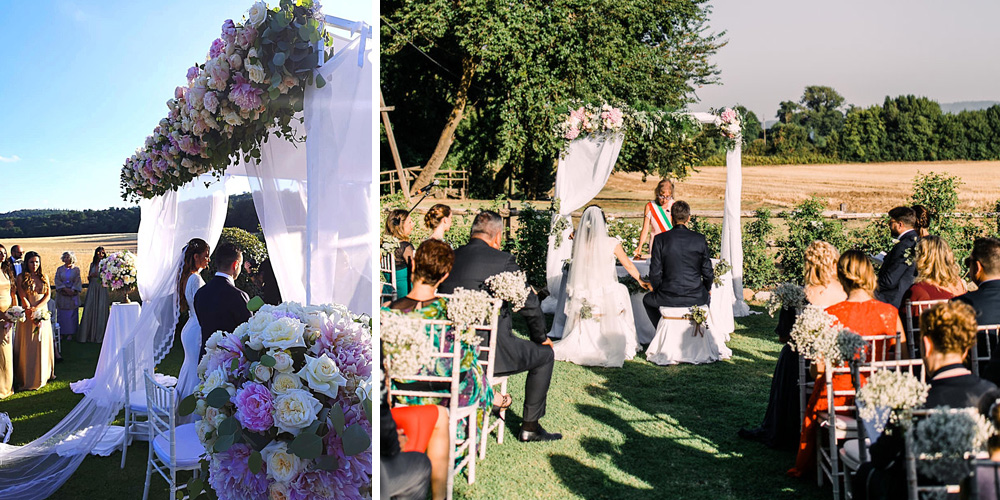 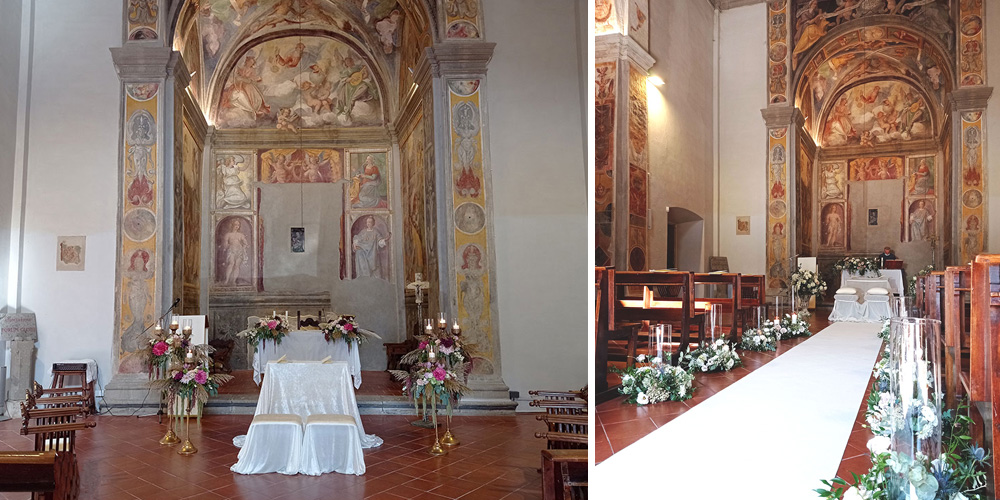 The wedding witnesses: how many should there be and how to choose them

The first traces of wedding witnesses, in official records, date back to the 1500s. Already in ancient Rome, however, the law required the presence of at least 10 witnesses, to validate the rite and to prevent couples marrying in secret. Today, this important task is entrusted to the bride and groom’s closest friends or relatives, mainly brothers and sisters.

The best man’s role has no purely sentimental or symbolic value. In Italy, for a marriage to be legally valid, the presence of at least two witnesses (one for the groom, one for the bride) is required. This obligation applies to both civil rite and religious ceremonies. The presence of witnesses, in fact, is stipulated in Article 107 of the Civil Code and Article 1108 of the Code of Canon Law. The future spouses may request to have more than one witness each, but in civil marriages, only the two official witnesses (one for each spouse) sign the register. In religious marriages, on the other hand, four witnesses may sign (two for the groom, two for the bride). The necessary requirements in both cases are the age of 18, legal capacity and possession of civil rights. If the spouses are of foreign nationality, at least one of the witnesses must be an Italian citizen. In the Catholic rite, unlike for godfathers and godmothers of christenings, it is not essential to have received the sacraments. Witnesses may be atheists, non-Catholics, non-practising, cohabiting, separated or divorced. 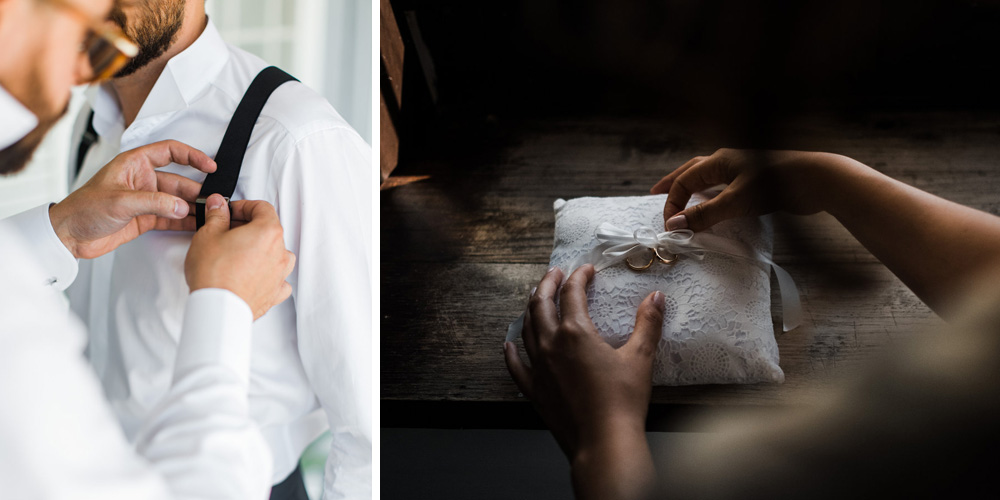 Traditionally, wedding witnesses have specific duties: supporting the bride and groom during the preparations, organising the bachelor or bachelorette party, welcoming the first guests while waiting for the ceremony to begin, holding the wedding rings during the ceremony, taking care of the congratulatory toast, animating the reception and dancing, and greeting the last guests at the end of the day. In addition to having an emotional bond and a complicit relationship with the bride and groom, they must be reliable, pragmatic, friendly and outgoing. So, finding the right people is not always easy.

A small curiosity: for a few years now, some agencies have been offering a witness hire service. Professionals with an online profile and user reviews, who can be ‘hired’ for the duration of the wedding or just to give legal value to the rite. The ideal solution for foreign couples who wish to get married in Italy, but do not have the time or opportunity to establish ties in our country. 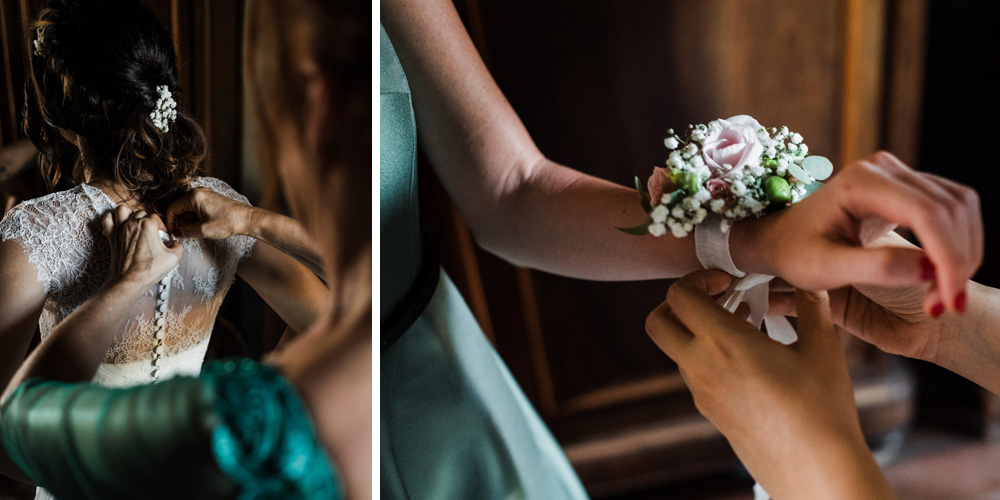 Bridesmaids: origins of the role, outfits and specific tasks

Traces of this role can already be found in ancient Egypt, feudal China and ancient Rome. A group of single girls, dressed like the bride, would escort her to the wedding venue and accompany her during the ceremony. The similar clothes served to confuse evil spirits and to ward off possible predators. In fact, betrothed brides were often forced to undertake long journeys to reach their future husbands. In Victorian times, the procession of bridesmaids became a status symbol. The more conspicuous they were, the higher the bride’s rank was. Their duties included scattering plants, garlic and grain as a propitiatory act.

In countries of Anglo-Saxon tradition, bridesmaids, including the maid of honour, have become increasingly important, so much so that they have become a veritable institution. The outfit is reminiscent of the theme and nuances of the wedding. The dresses must be made of the same colour fabric, but the cuts can be different, to suit the physical characteristics of each bridesmaid. In recent years, this custom has also caught on in Italy, giving many of the bride’s friends and relatives the joy of accompanying and supporting her on her most important day. The duties of the bridesmaids include organising the bachelorette party, dressing the bride, distributing the rice during the ceremony, holding the bouquet, arranging the veil and any make-up touch-ups during the reception. 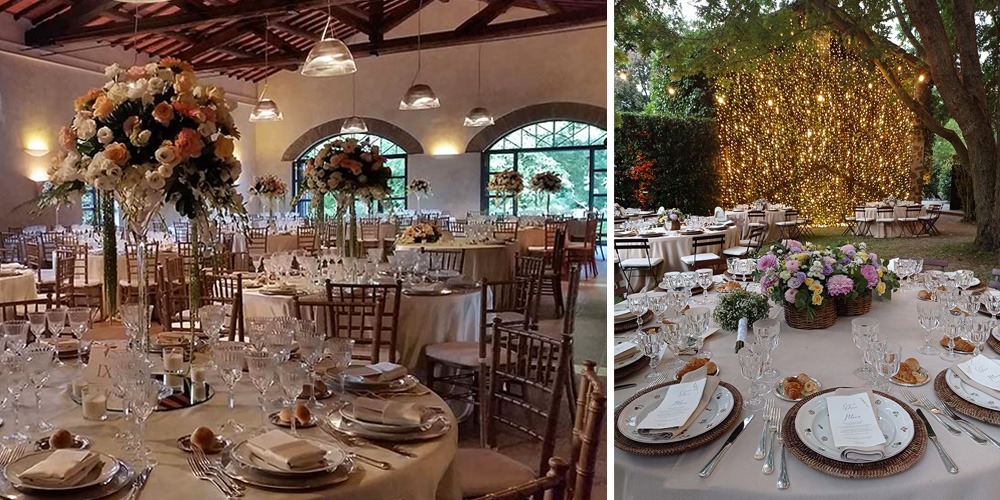 Getting married in 2023: we still have a few dates available for spring and early summer 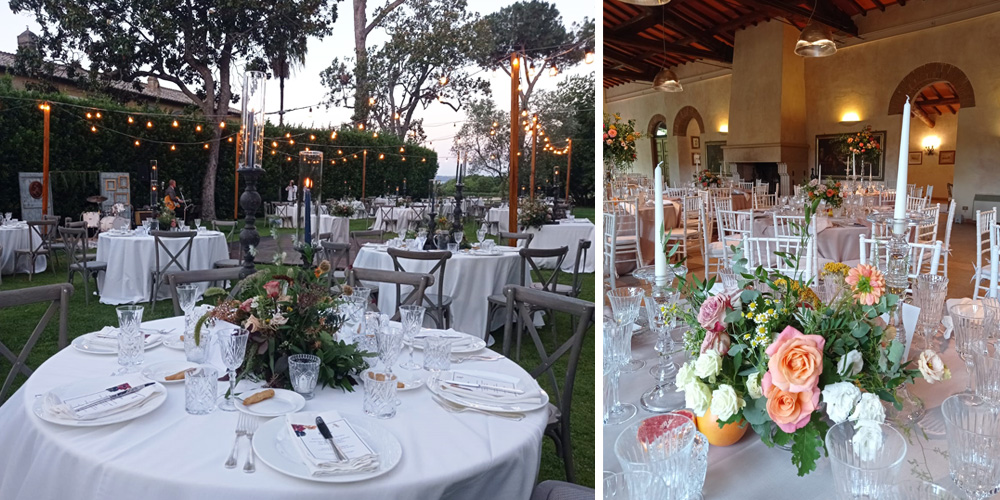 Wedding 2023: trends and tips for future brides and grooms 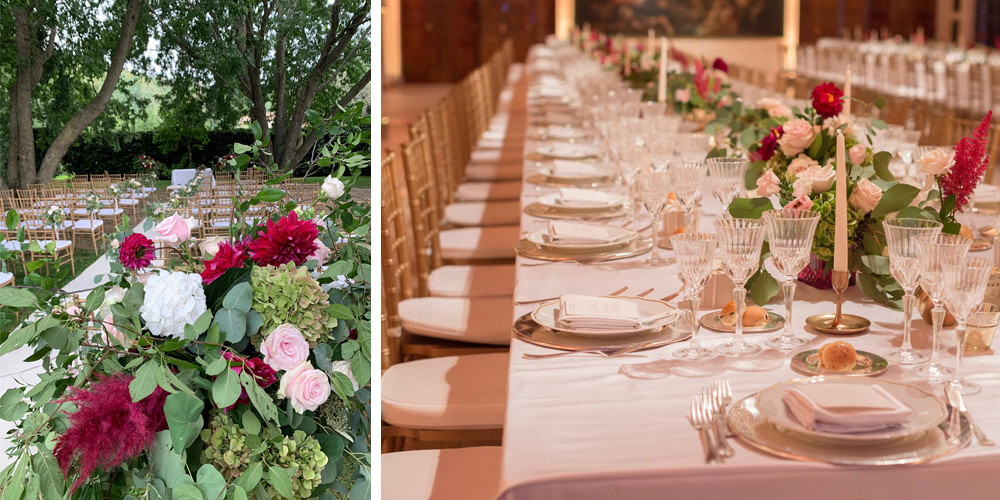 Planning a dream wedding by the end of 2022? If you choose October or December, the dream can become a reality! 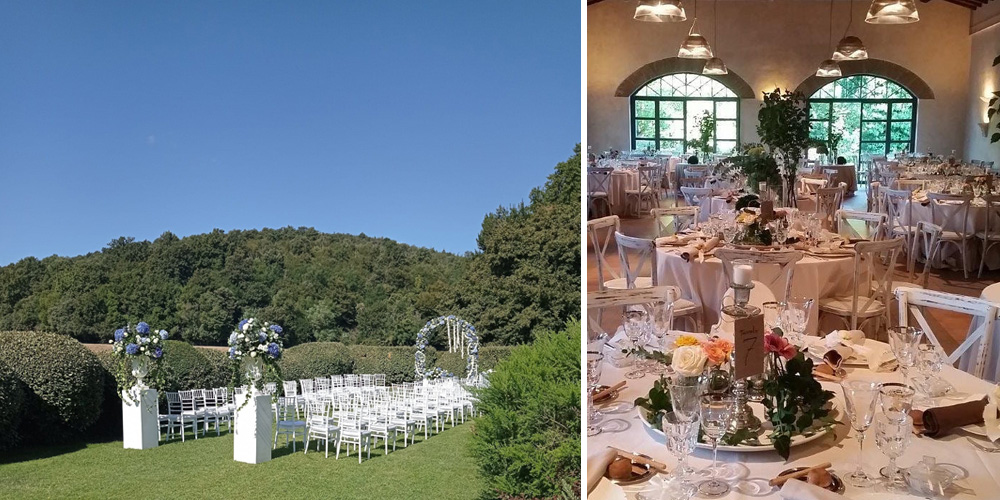 Spring wedding: a burst of colours and scents